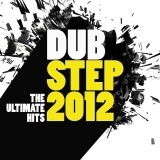 You must be the most BAD-ASS artist in soundation to be part of this group of Producing kings. It is a honor for you to be invited. You cant be good at making beats you have to be INSANE at making beats. this group is not 4 everyone only ULTIMATE PRODUCERS!
_____________
Rules: dont post anything that you dont think is amazing Example Death-Bomb is amazing, Invasion from planet dubstep is not. Dont Swear. Be professional. Custom songs posting only!
_____________
JOINING: If you would like to join you must show us that you can top one of the featured tracks. Heres how it will work, you select the featured track you think you can top then all of the ULITIMATE PRODUCERS except the person who made the featured track will comment on your challenge track:
YES= You topped the track
OR
NO= You did not top the track
_____________
THE ULTIMATE MUSIC PRODUCERS WILL ANSWER ANY QUESTIONS THAT YOU COMMENT WHETHER ITS A TIP OR A RELEASE QUESTION, ONE OF THEM WILL ANSWER!
_____________
FEATURED TRACKS: The featured tracks will be a voting system starting next month, the top three most voted will be featured but until we get this group around to ppl we wont have votes so plz share this page with your friends
_____________
Co-Admin – Ma_Lacky

I like it! U wanna hear some Ear candy Dubstep? Check out my Tracks!

@KRackEd EkHo I kinda want to see if I can join...I'm not sure if I'm as good as anybody else on here - but I would like to try to see if i can get in this group. Just pm me and we can talk about it.

Check out my newest dubstep it will blow you away http://soundation.com/user/KRackEdEkHo/track/obliterate-dubstep

Check out my sister Sam Ruiz singing for soundation for the first time!!! http://soundation.com/user/dj-bass4rog/track/i-dreamed-a-dream-cover-by-sam-ruiz-my-sister-first-time-recording