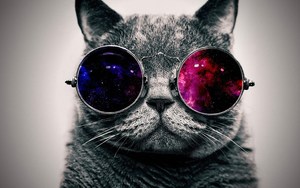 Hi, I’ve been on for a little while, and I love dubstep. I wanted to hold a contest to hear some awesome beats from Soundation members! I’ve been hearing plenty of this and that, and I’ve heard some great songs, and some other things as well… But what I really want is some dubstep/drumstep/electro house or anything that is similar to those. I understand these are hard genres, and I expect that any song posted on here, will not actually fully be like dubstep. But that doesn’t matter too much. Point is to have fun!

>Prize? Well I guess I’d like to do a collab. I’m not that great of an artist, but I can do some stuff lol.

>When? Whenever users start posting and there’s a sizable amount of people on, then I’ll release a date… I expect a long wait _

>Just some rules:
- One track to be posted per user, extras will be deleted.
- No spamming chat, or I will Private the contest or even shut it down. Plus remove the spammer. There will be warnings though too.
- Take your time! I can’t stress this enough. Try to not just throw a bunch of Soudation premade stuff together and call it a song! It may be one, but not very original and it wouldn’t give you a very good learning experience either. Use FX, mix stuff around, and use at least one MIDI track. You can still use premade Soundation stuff by the way, just make it sound different as much as possible.
- Anything else I might have missed.

>And that about covers it… I bet a bunch of people read the first two lines and said “screw it” :) Good luck!

are we going to actually do a contest

Ohh... :P It says contest in brackets but meh

Funky Church (Show for you) by Music Vibration 22.0